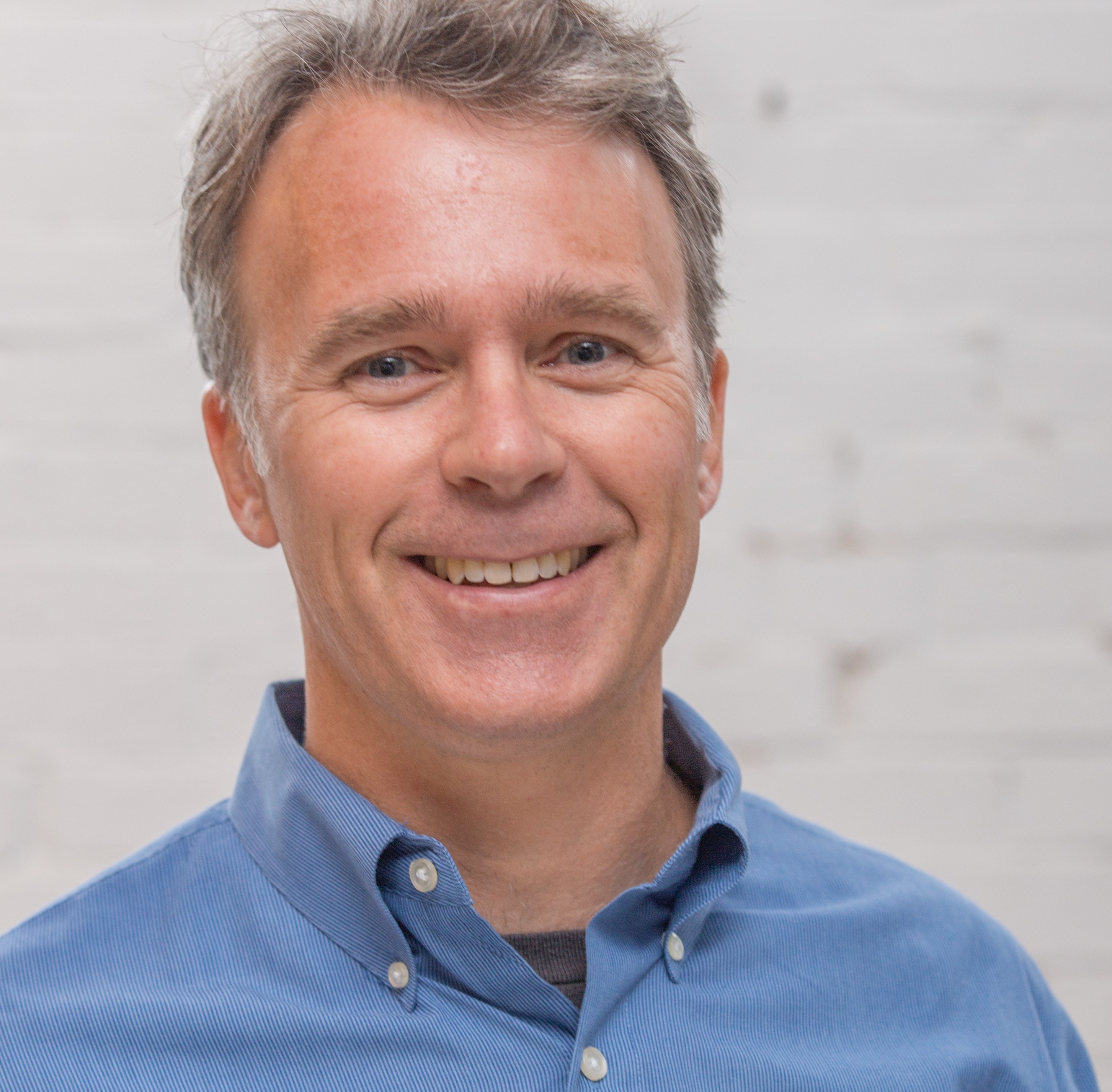 Michael Burgmaier is a Co-Founder and Managing Director with Whipstitch Capital. After a career in public policy and completing an MBA from the Tuck School of Business at Dartmouth in 2001, he became a consultant at Bain & Company, Inc. Since early 2004, Mike has been active in the M&A and private equity/venture capital consumer space. In 2008, he was named as a “40 Under 40” leader in the Natural Products Industry by Natural Foods Merchandiser. In 2009, he partnered with Nick McCoy to lead the consumer practice at an investment bank and focused on the better-for-you/premium consumer space. In 2015, Mike and Nick joined forces to form Whipstitch Capital with the goal of creating the industry’s best investment bank exclusively focused on leading consumer companies in the healthy living industry. He often writes about, gives talks and is quoted on various investiture and acquisition-related topics.

Mike holds FINRA Series 7, 24, 63 and 79 licenses. Always doing too much, he attended graduate school twice and holds an MPP from Duke University and an MBA from the Tuck School of Business at Dartmouth, not to mention an undergraduate degree in Economics from Boston College. He works out of Yarmouth, Maine where he lives with his enthusiastically supportive partner Rachel, his three active children and their beaglador Morgan. 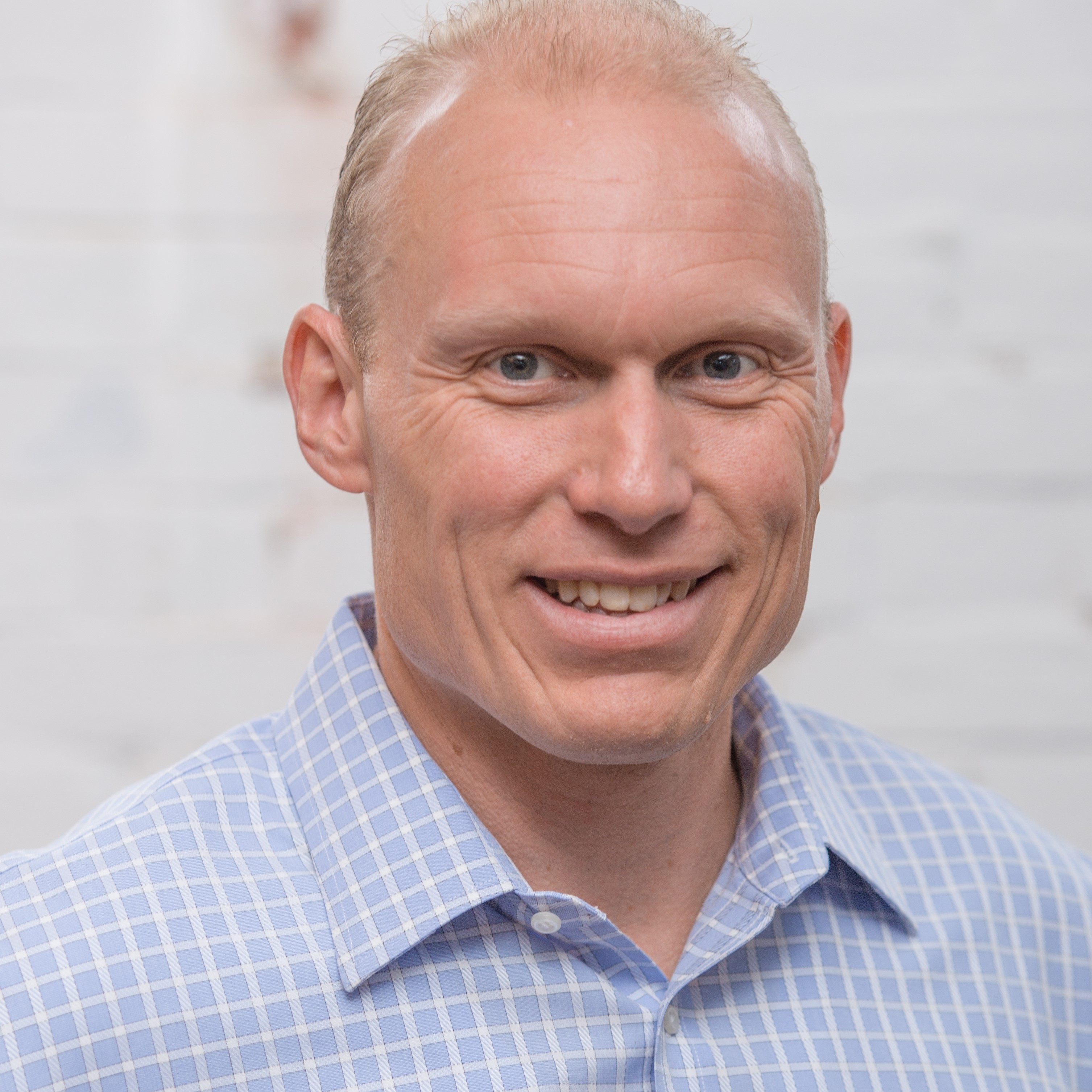 Nick McCoy is a Co-Founder and Managing Director with Whipstitch Capital. In 2001, he co-founded an investment bank and in 2009, Mike Burgmaier joined Nick at that banks, where together they completed nearly forty transactions for clients such as Blake’s All Natural, KeVita, Cherrybrook Kitchen, Spindrift and Otter Creek Brewing Company. In October 2015, they formed Whipstitch Capital.

Nick holds FINRA Series 7, 24, 27, 63 and Series 79 licenses and is a Chartered Financial Analyst. He has an MBA from Wake Forest University and an undergraduate degree from the University of New Hampshire. He lives in the greater-Boston area with his very patient wife (who still finds him funny) and two great children.

Nick is an avid road cyclist and thinks it’s ok to cross country ski in below-zero temperatures. He’s a health-focused foodie, cooks frequently and has an extensive knowledge of wine and whiskey  (just ask him). 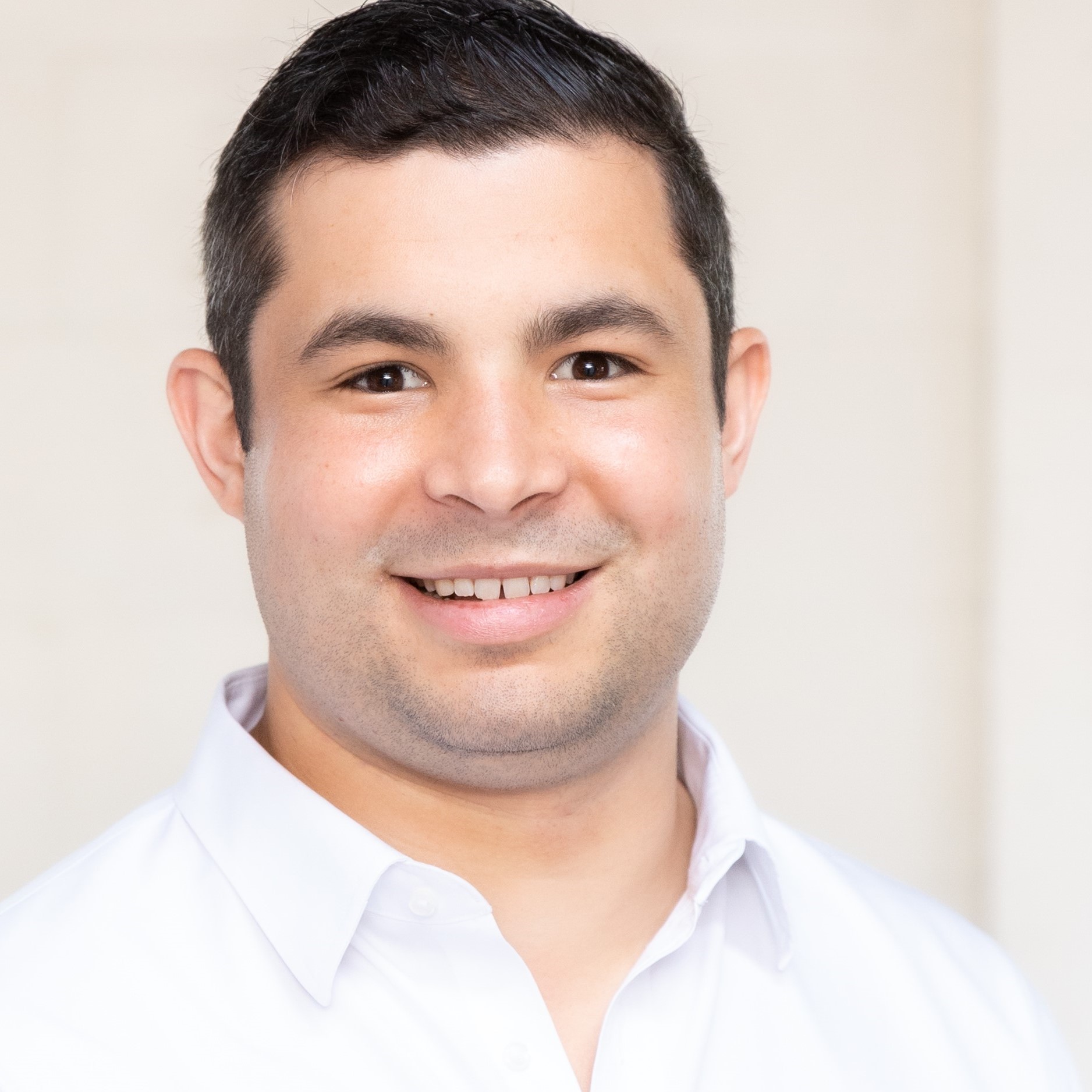 Tim Sousa is a Vice President with Whipstitch Capital. Tim joined Whipstitch from another investment bank where he worked directly with Nick McCoy and Mike Burgmaier for several years. He has played key roles in executing numerous M&A and private placement transactions in the branded consumer products industry for clients such as GoodBelly, Uncle Matt’s Organics, Yasso, Sqwincher, Brad’s Raw Foods and Scivation.

Tim first wet his toes in the consumer industry while working for Kamylon Capital, a $1.0 billion private equity fund. Tim enjoys spending time outdoors, especially at Earth’s ends, whether scuba diving or jumping out of a plane at 14,000 feet. He is currently pursuing his PADI rescue diver certification.

He holds FINRA Series 62, 63 and 79 licenses and has an MBA and B.S. in Finance from Bentley University, where he was a NCAA student athlete. Tim lives in Boston with his wife (although had ambitions to move west…). 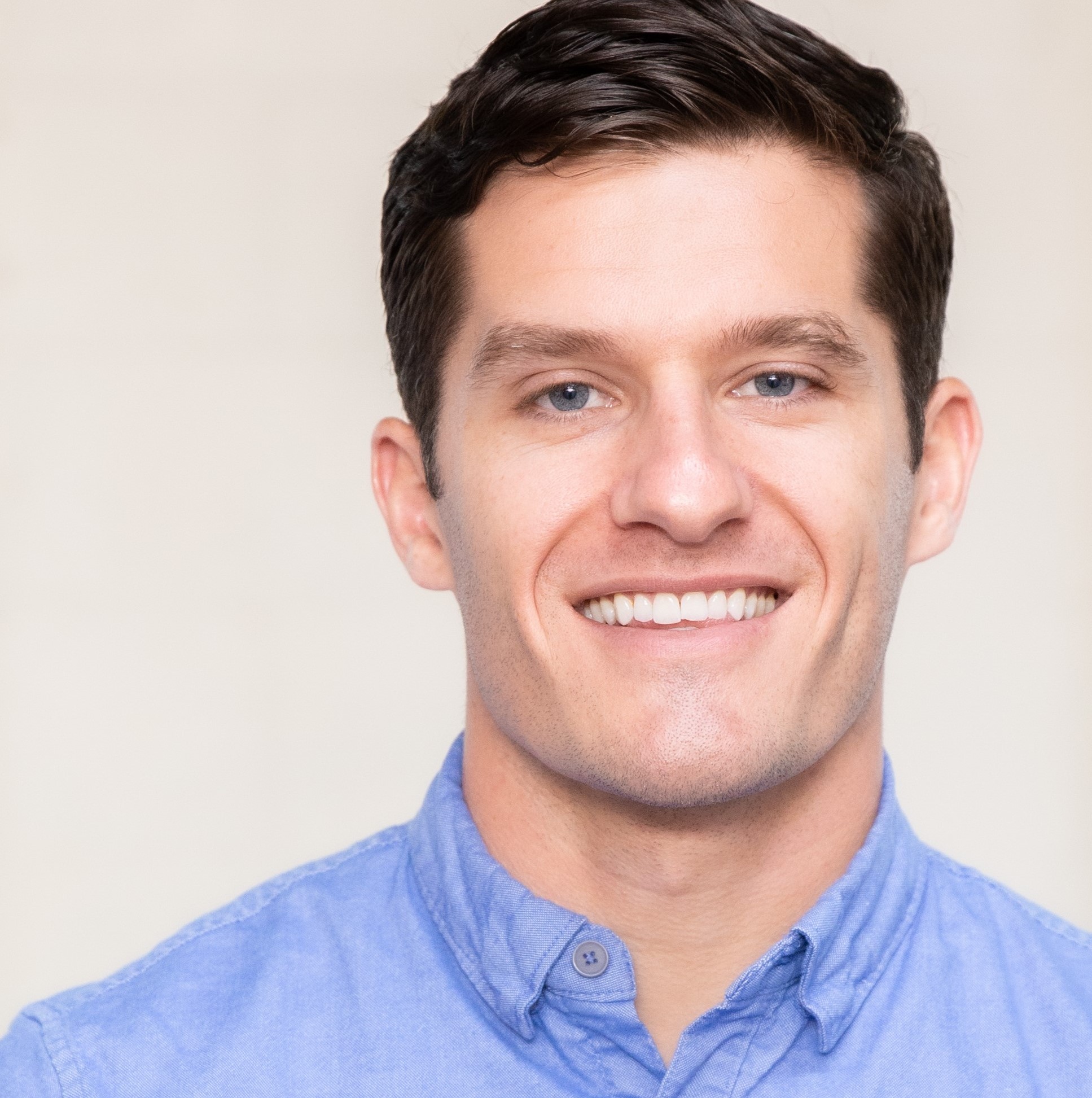 Greg Ucich is a Vice President with Whipstitch Capital. In 2013, he joined Nick McCoy and Mike Burgmaier at a previous investment bank where he worked on numerous consumer products deals, including Blake’s All Natural Foods (sold to ConAgra Foods) and Spindrift (investments from Prolog Ventures, KarpReilly and VMG Partners). Shortly after Nick and Mike started Whipstitch, Greg hopped on board.

Greg enjoys golf (Mike always tries to get Greg on his best ball team), snowboarding and playing soccer. Greg holds FINRA Series 63, 79 and 82 licenses, is a Chartered Financial Analyst and has been a member of Big Brother Big Sister since 2012.

Although he has an undergraduate degree from the University of New Hampshire, Greg works and lives out of San Diego, CA with his wonderful wife and their pride and joy, Coley the cat. 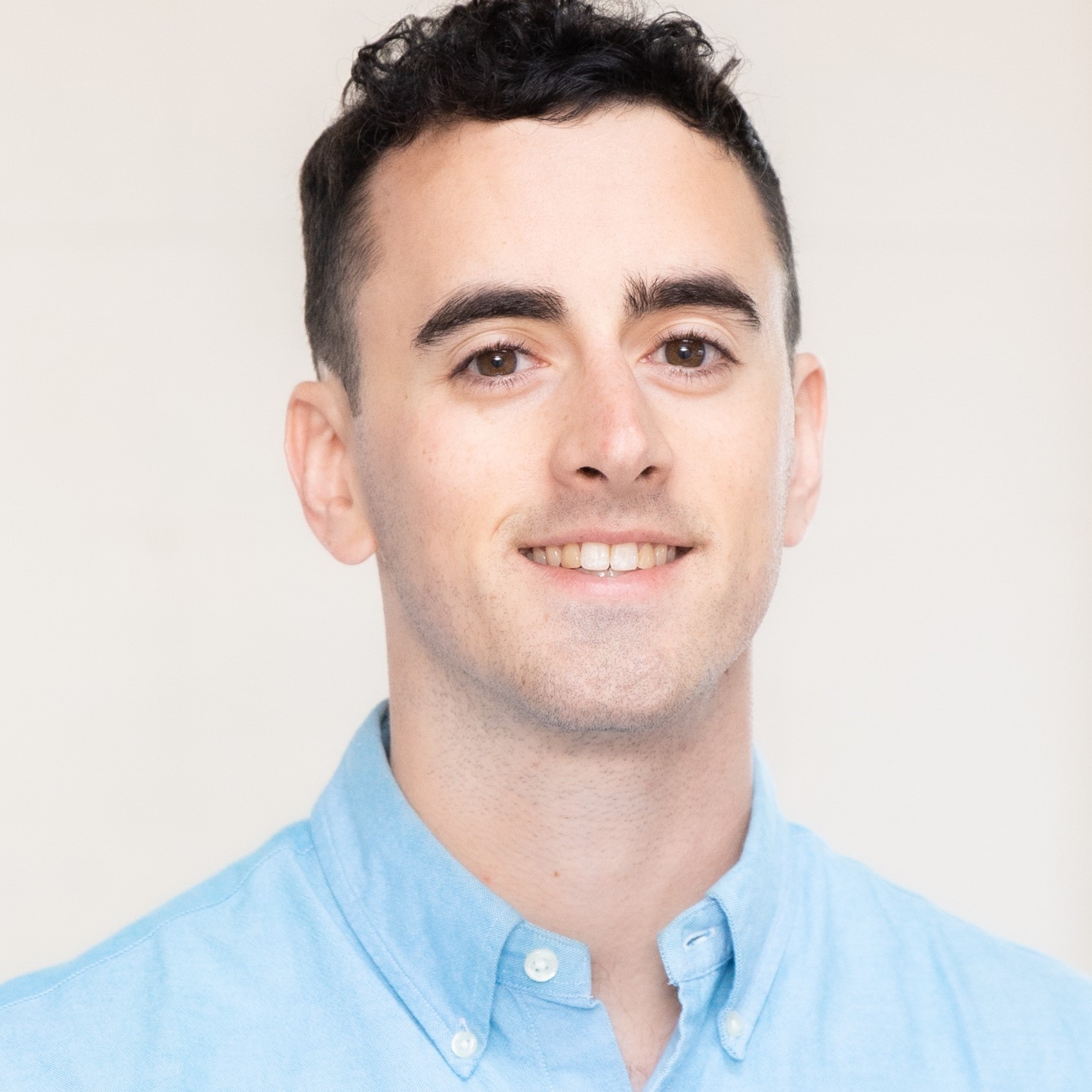 Dom Mangano is a Vice President with Whipstitch Capital. Prior to joining Whipstitch in 2017, he worked alongside a handful of the Whipstitch team members at another investment bank, where he worked on a variety of M&A and private placement food and beverage transactions.

His passion for the natural products industry extends beyond Whipstitch and is a result of reworking his diet while recovering from shoulder surgery a few years back. Both a sports and music enthusiast, outside of the office, Dom often can be found playing in a pickup basketball game or attending a concert for an up-and-coming artist here in Boston.

He holds FINRA Series 63, 79 and 82 licenses and has an B.S. in Finance from the University of Connecticut. 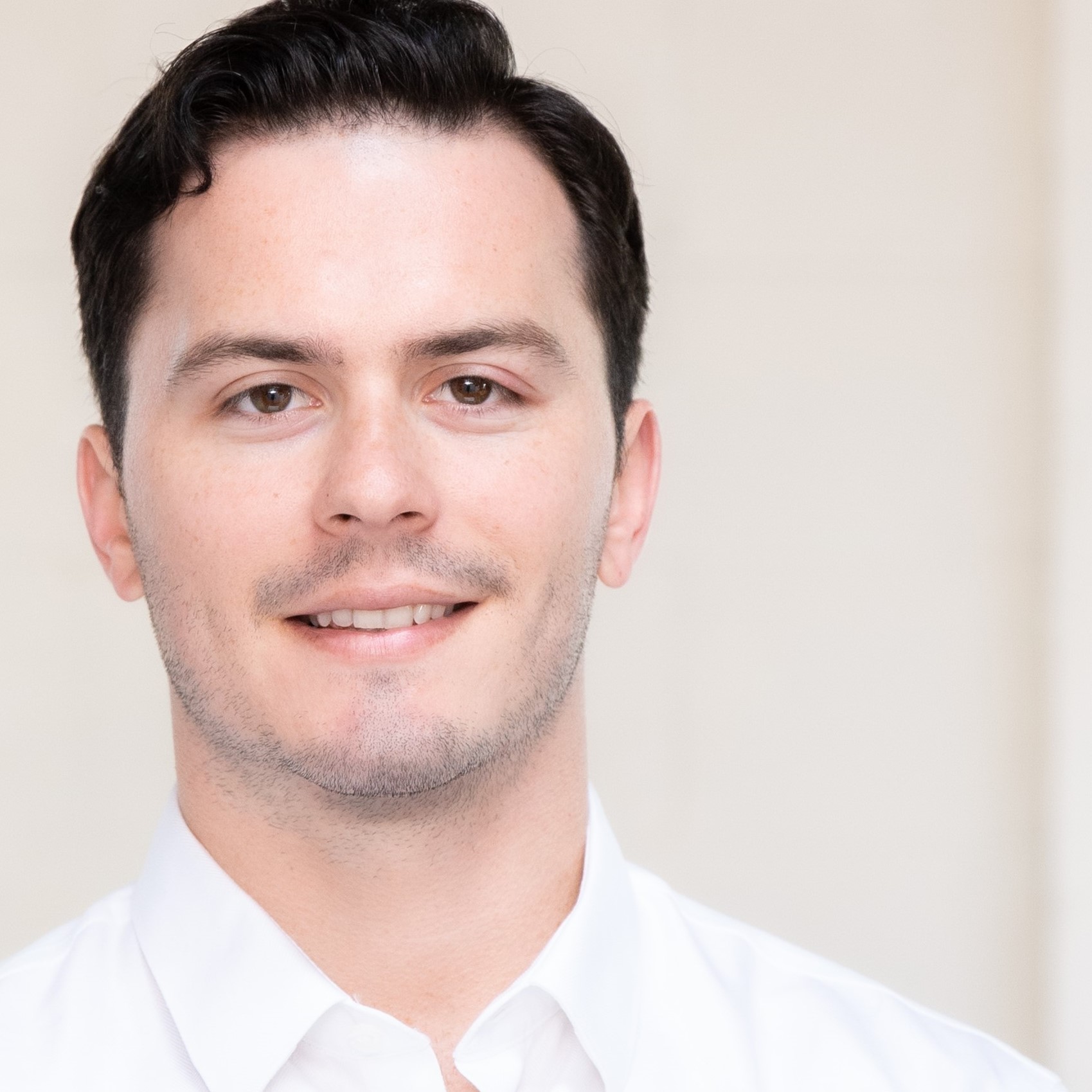 Tyler Coppola is an Analyst with Whipstitch Capital. Prior to joining Whipstitch, Tyler was a Senior Associate in both FTI Consulting and RSM’s Transaction Advisory Services practices. Tyler developed his passion for M&A at FTI Consulting by leading both buy-side and sell-side financial due diligence engagements.

Outside of work, Tyler enjoys traveling to new places, trying new restaurants and is on a never-ending quest to find Boston’s best old-fashioned (recommendations are welcome and encouraged). Tyler also is an outdoor enthusiast and, when possible, likes to spend his weekends skiing or hiking in the White Mountains (although he prefers the Rockies!).

Tyler holds the FINRA Series 79, 63, 82, is a licensed CPA and has a MS in Taxation and BS in Accounting from Bentley University, where he was an NCAA student athlete. 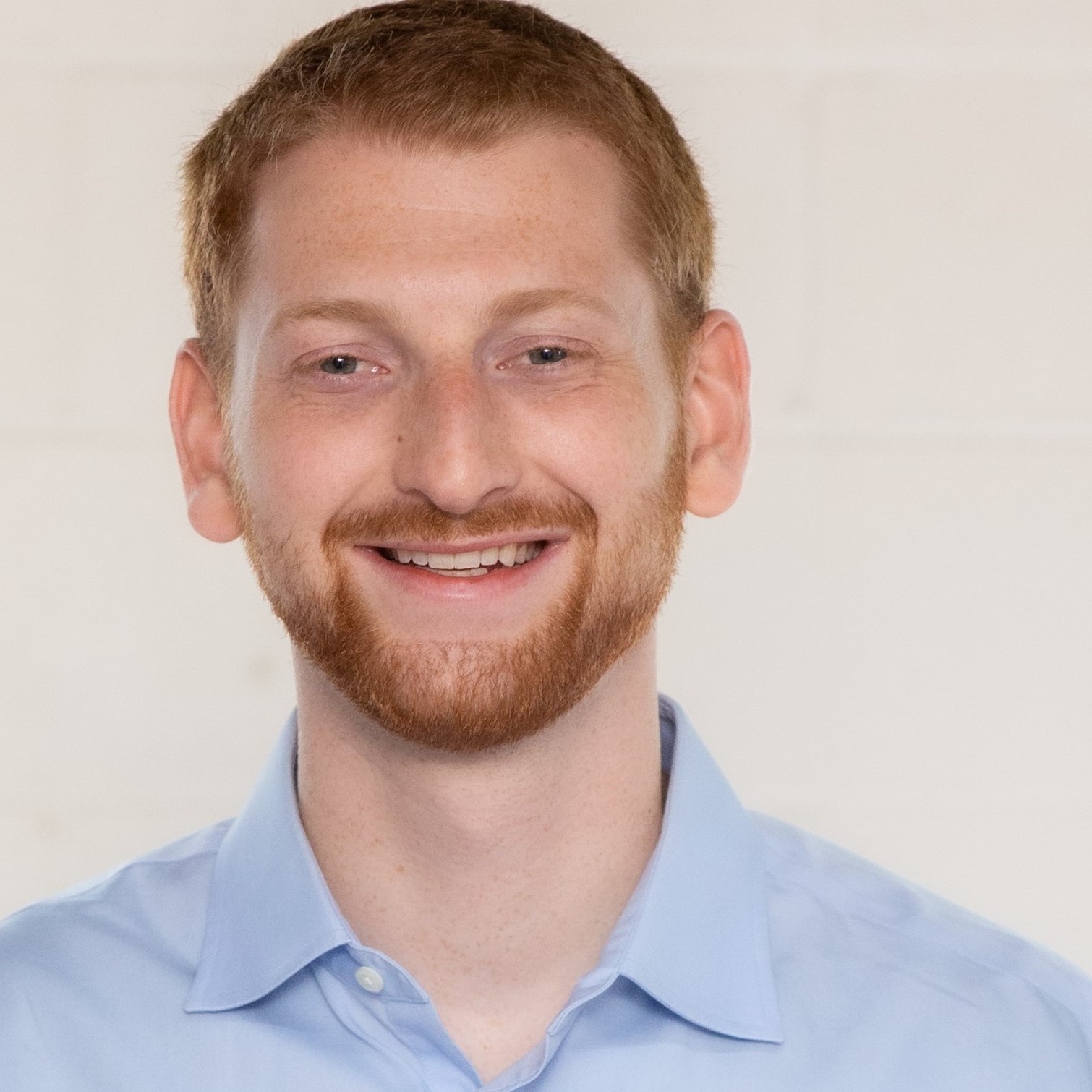 Tom MacLean is an Analyst with Whipstitch Capital. Prior to joining Whipstitch, Tom spent three years in credit research at Moody’s Investors Service, where he covered a portfolio of debt issuers in the technology and business services sectors. His experience covering the high yield and investment grade categories at Moody’s gave him a broad view of the credit markets and M&A landscape. In his free time, Tom is highly active and enjoys lifting weights, snowboarding and listening to hip-hop music. His interest in the consumer products industry comes from his involvement in competitive powerlifting – he’s always looking for an edge by consuming products with natural and clean ingredients.

Tom holds the FINRA 63, 79 and 82 licenses. He grew up in the Boston area and closely follows the Red Sox, Patriots, and UConn Huskies. He recently moved back to the area and is excited to continue to explore the local restaurants, bars, and parks. Tom was awarded a B.S. in Finance from the University of Connecticut (Go Huskies!), where he was an undergraduate portfolio manager for the school’s student managed fund. 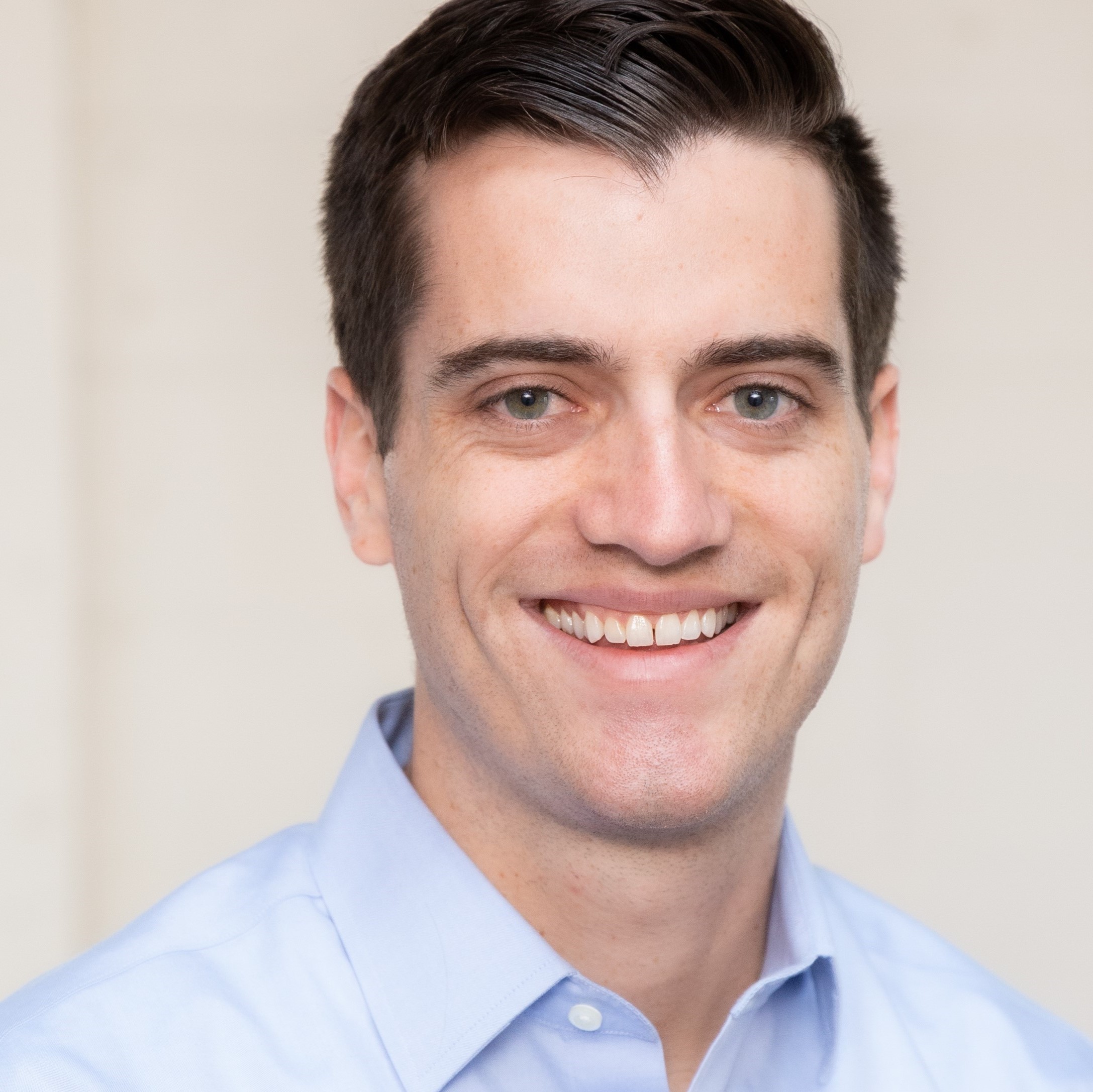 Brendan is an analyst with Whipstitch Capital. Prior to joining the team, Brendan worked in Grant Thornton’s audit practice and Ernst and Young’s Transaction Advisory Services group. His experience providing financial due diligence services on a variety of transactions gave him a wide view of the M&A field from both the buy-side and sell-side perspectives.

Brendan is an outdoor enthusiast. He is an avid snowboarder, and if we let him out of the office, there is a good chance that you will find him at Loon Mountain during the winter months. When the weather warms up he enjoys fishing on the South Shore and golfing wherever he can find a tee time (and we let him out of the office!). His active lifestyle led to his interest in all things health and wellness related, particularly Whipstitch’s focus on the better-for-you consumer products sector.

Brendan holds the Series 63, 79 and 82, is a licensed CPA and received his BS in Accounting from the University of Maryland. 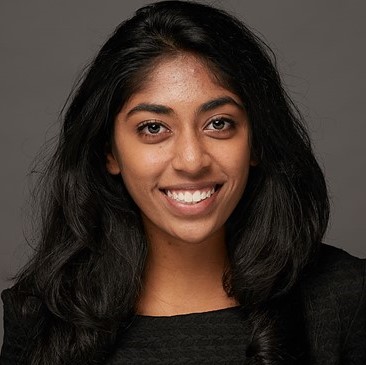 Sarika Pokala is an Analyst with Whipstitch Capital. Prior to joining Whipstitch, Sarika was a Summer Analyst at JP Morgan in the Specialty Finance team in New York. She also founded an event planning and waitstaff business that she managed in high school.

Outside of work, Sarika is an avid foodie who enjoys traveling the world, taking photos for the gram, and vlogging her adventures. Sarika is a vegetarian and loves to cook South Indian food. Her favorite dish is biryani. Sarika spends her weekends practicing Vinyasa yoga, reading books by Asian American authors, and mentoring high school and college students.

Sarika holds a BS in Applied Economics and Management from Cornell University, where she was Co-President of a social impact oriented consulting club, Social Enterprise Group at Cornell (SEGC). 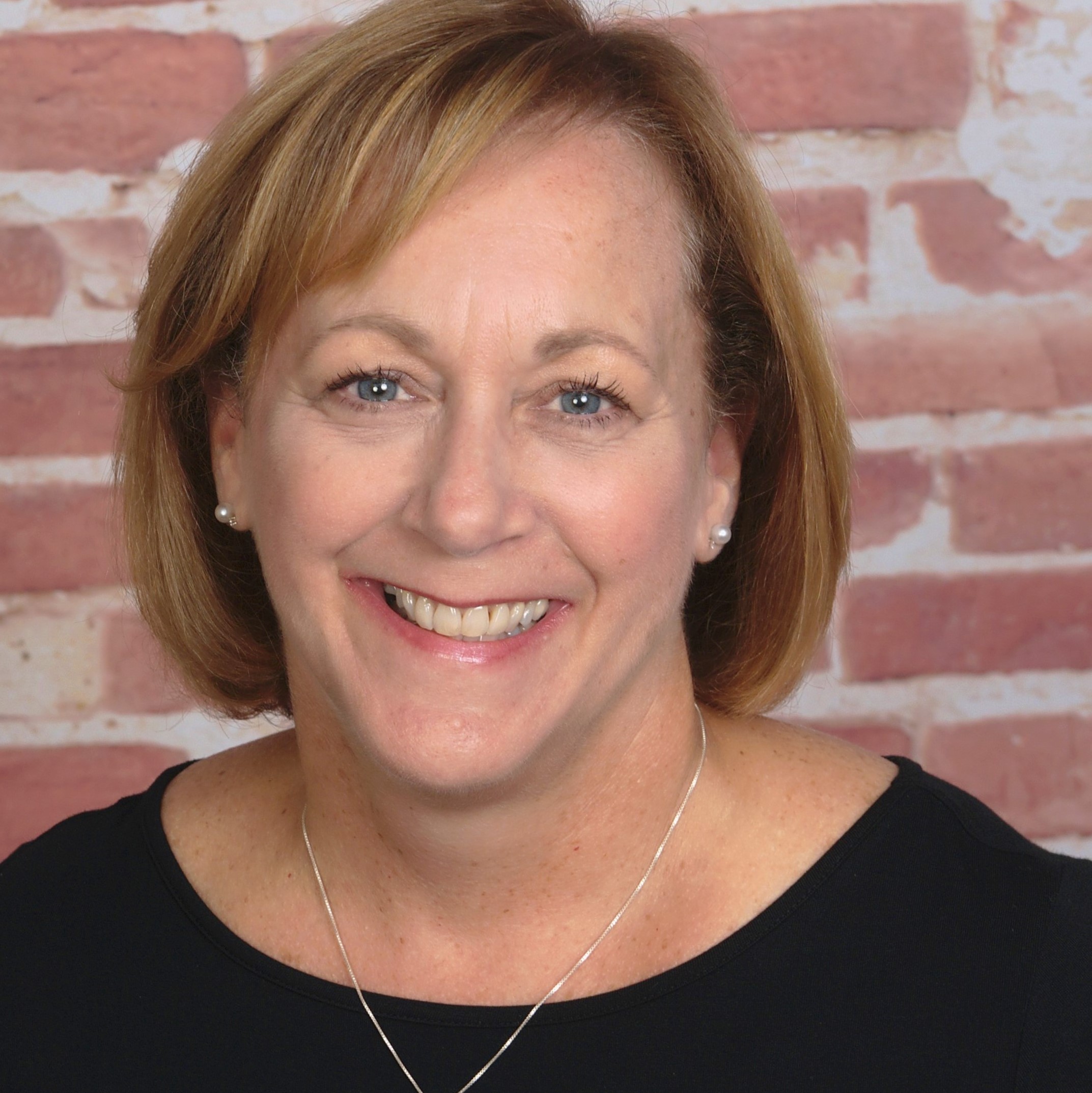 Kathy is Whipstitch Capital’s Director of Operations and has worked with Mike and Nick for eight years now – five years at a previous investment bank. Kathy even tolerated sharing an office with Mike once (where the phrase “it’s all about Mike” emerged…)!  Her background includes three years at an integrative health and medicine journal where Kathy was the executive assistant to the CEO and Publisher. This experience led to her deep interest in the integrative medicine field – researching new methods for healing therapies, in addition to how and what we feed our bodies. A fairly new hobby is finding new ‘clean’ recipes that allow her to be gluten-, dairy-, and sugar-free.

At Whipstitch Kathy assists the team with whatever they need – from event management to decorating the new office space and anything in between (snacks anyone?).

In Kathy’s spare time, she enjoys spending time outside with her family, whether it is exploring the countryside on her new road bike, kayaking, swimming, yoga or traveling our beautiful country. Oh, and also visiting as many farmers markets in season as she can.